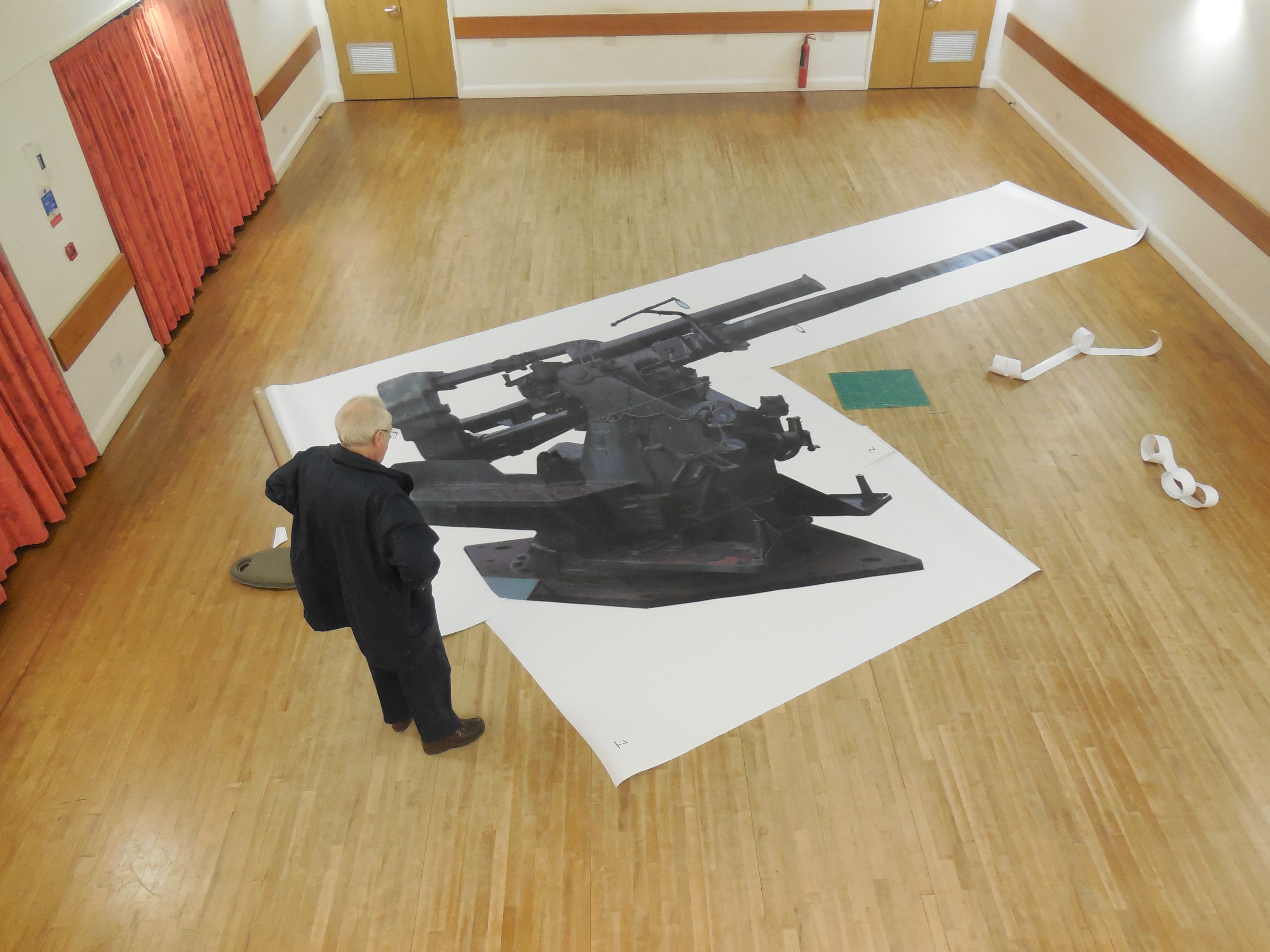 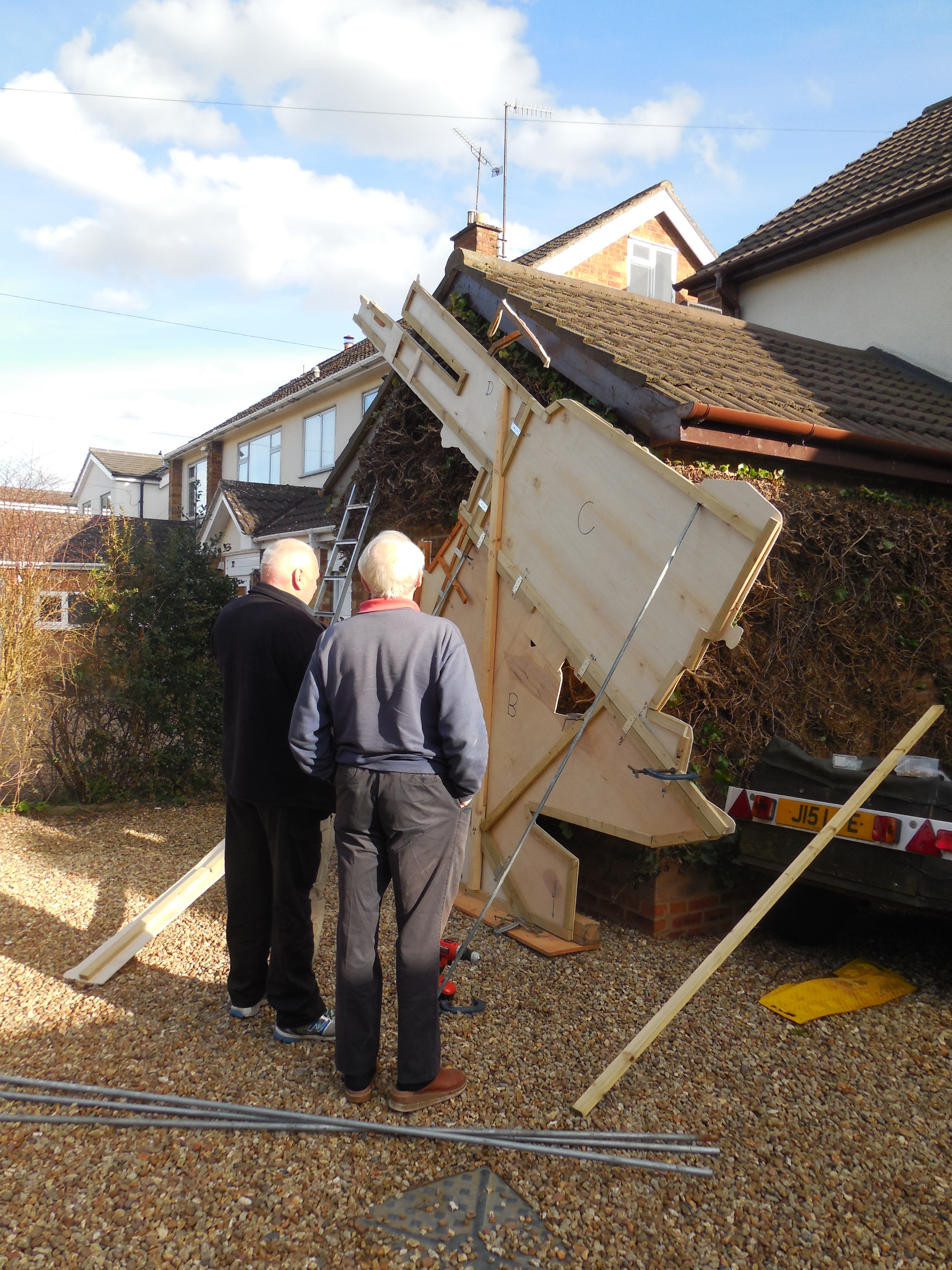 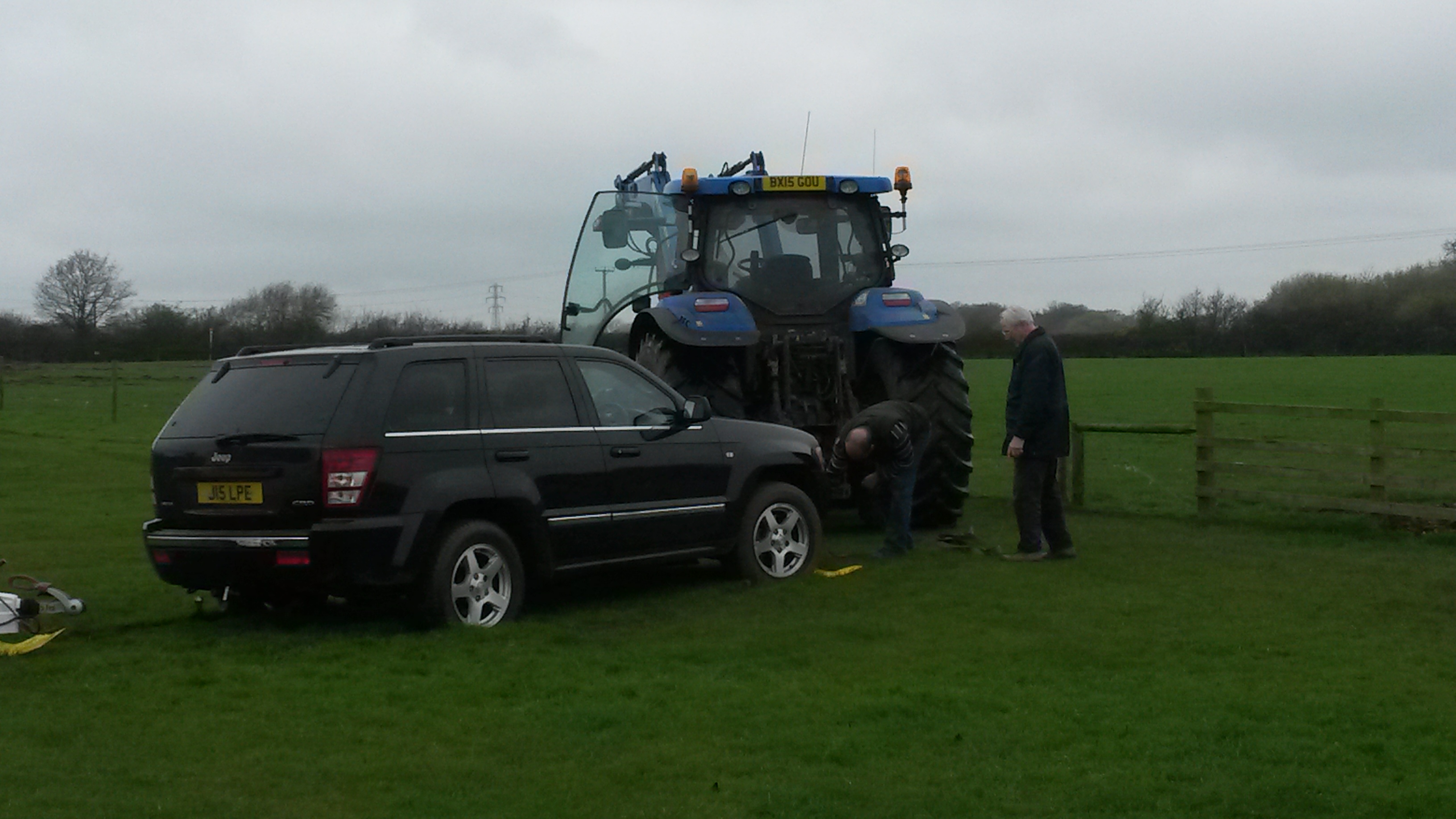 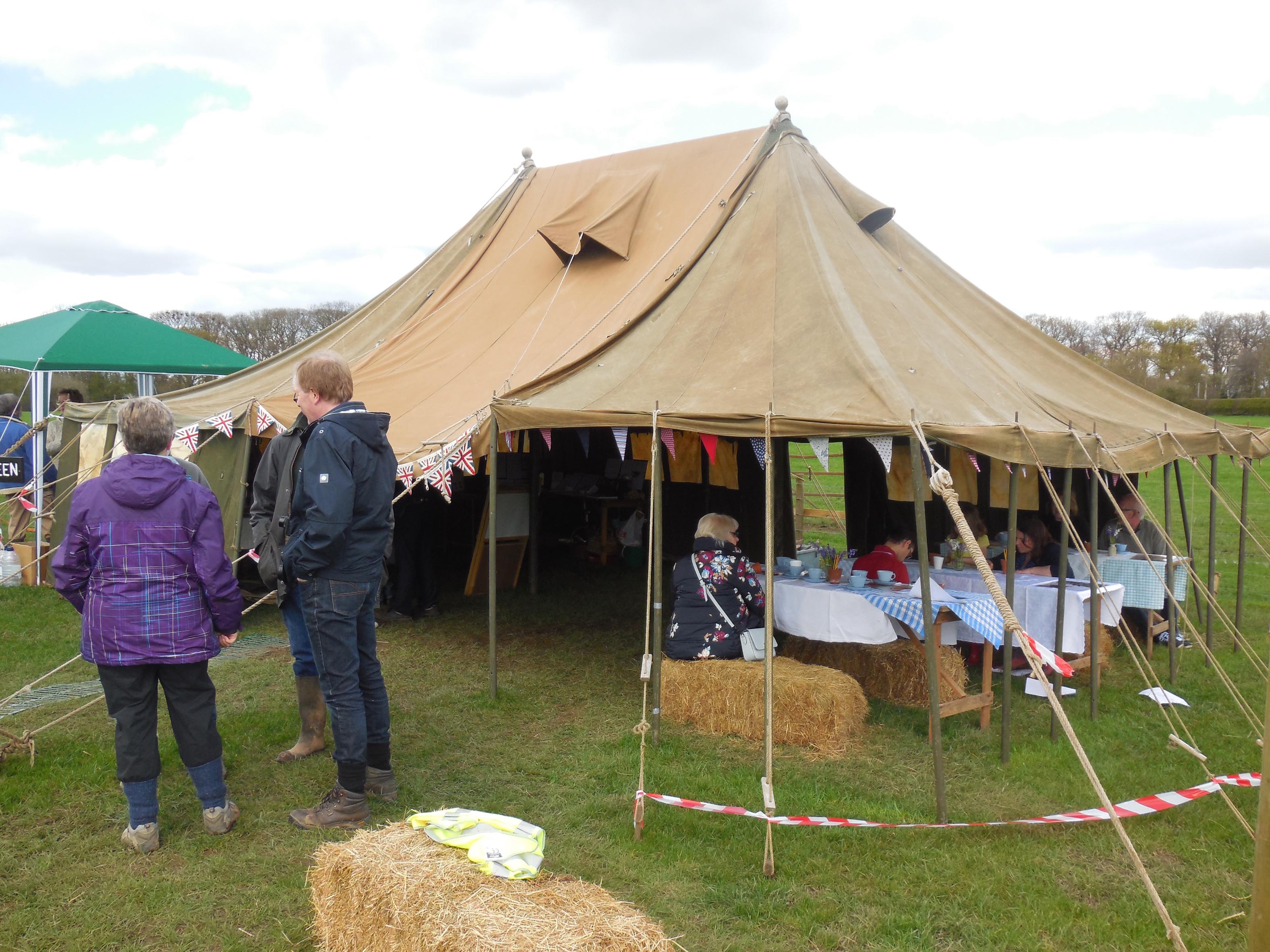 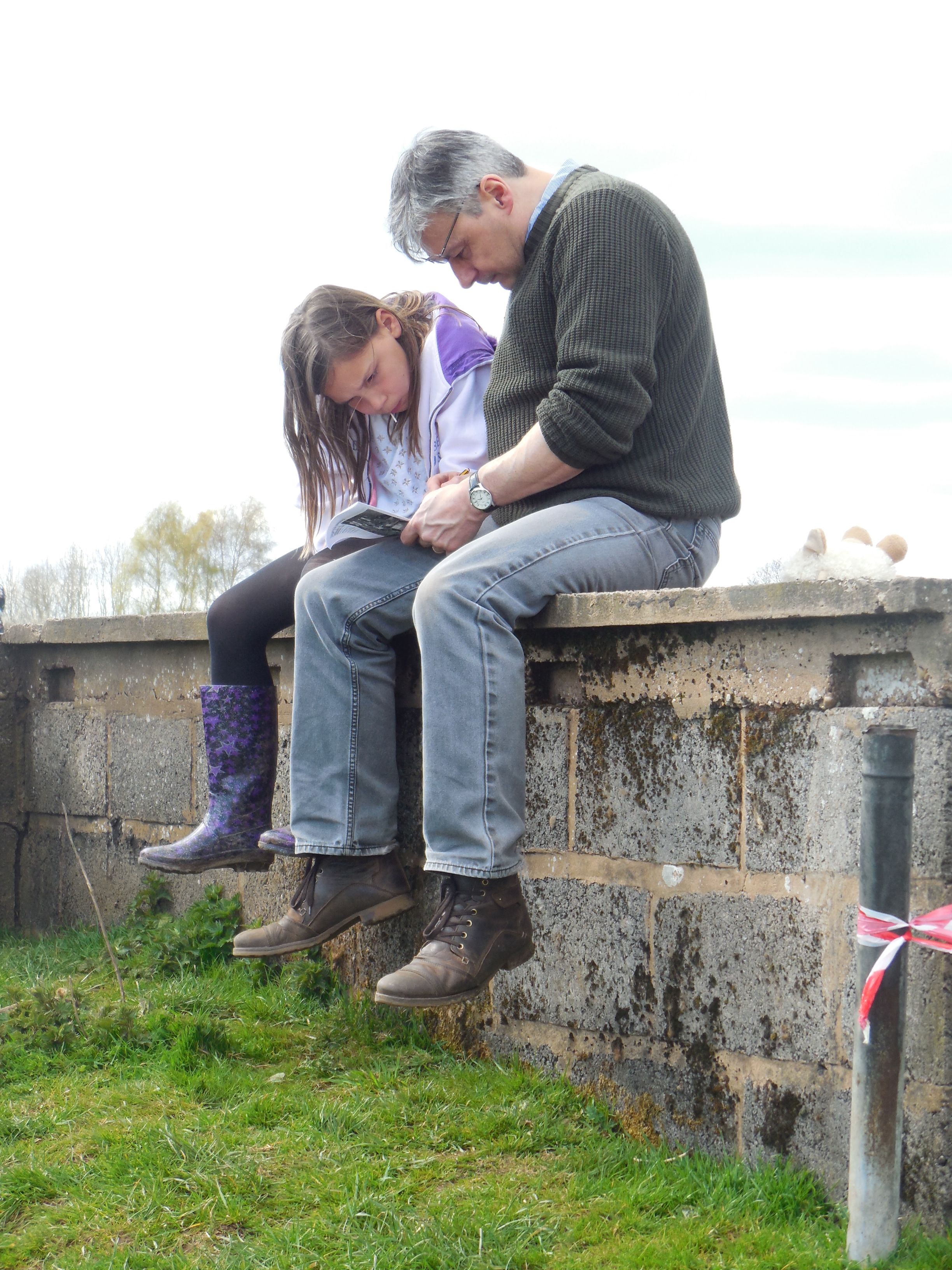 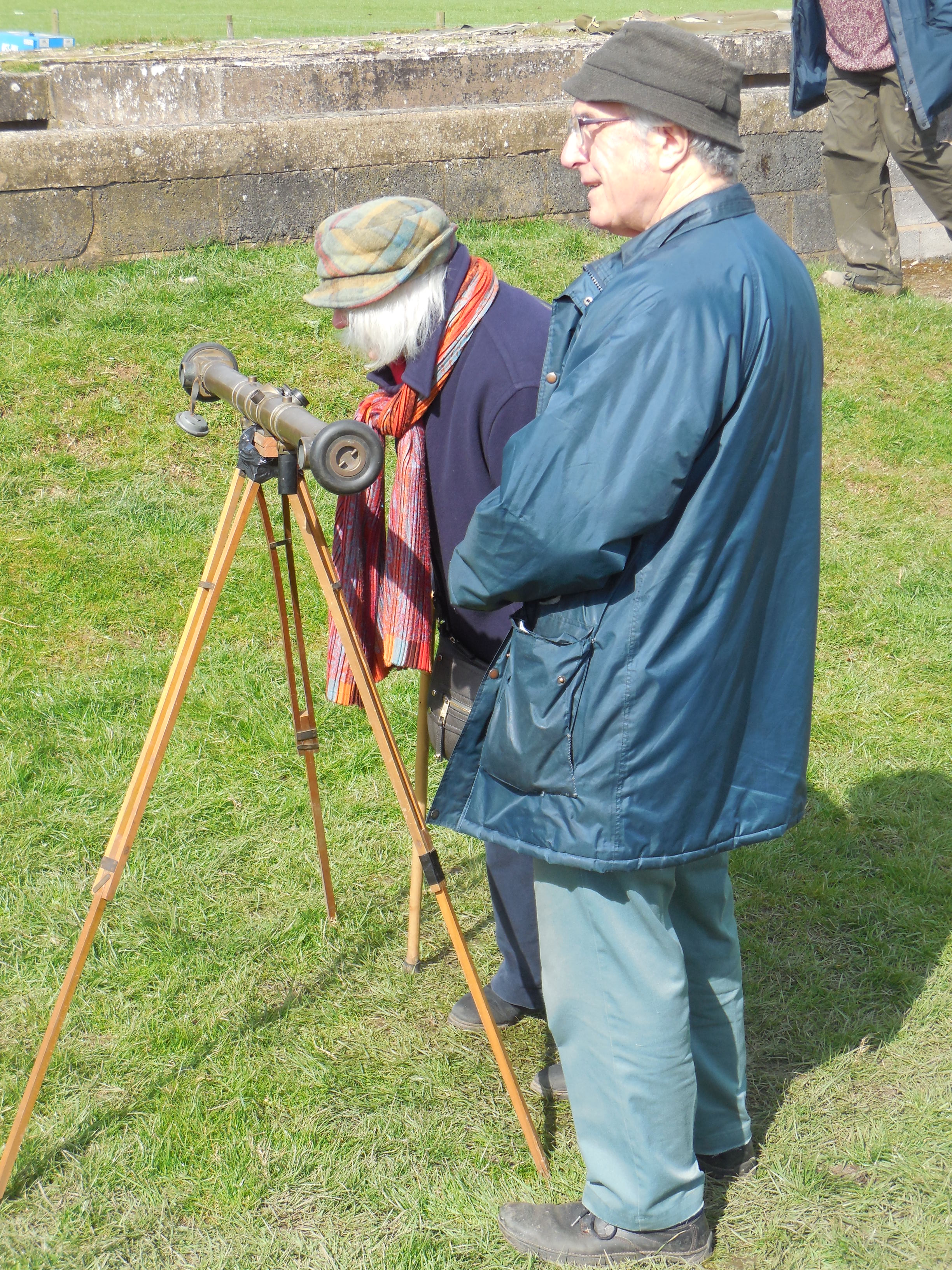 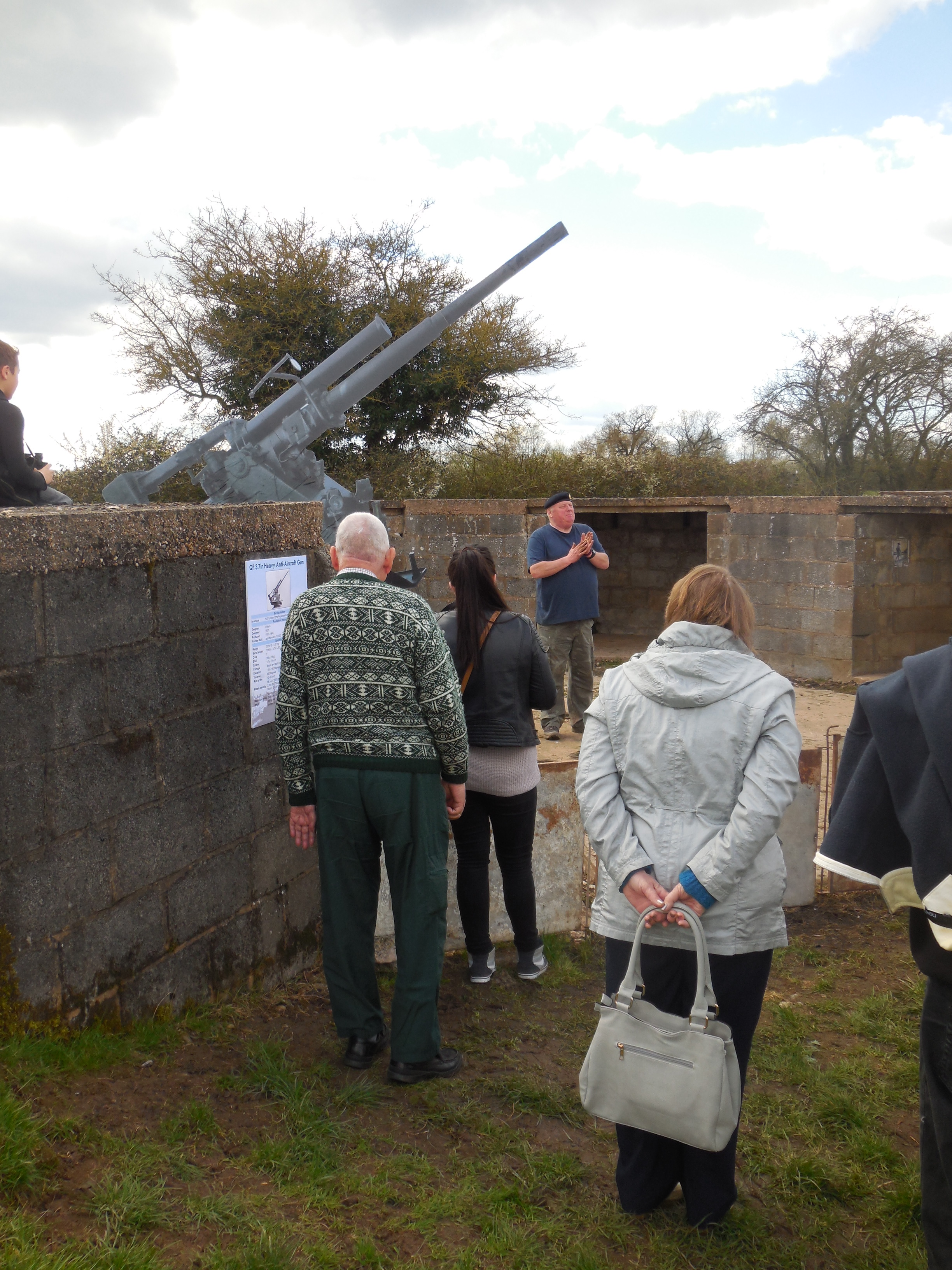 After a dodgy week’s weather before the Open Day, during which a couple of vehicles had to be rescued from the mud by the farmer’s tractor, we were blessed with a glorious day – much to everyone’s relief.  This event was an experiment on the part of the combined History Group and Friends of the AA Battery, to see how they could encourage further interest and awareness of the site.

Talks were given by Cyril Hobbins and Steve Watson, who have been present at all of our Open Days.  Unfortunately, the group of reenactors did not appear, but everyone worked hard to provide a NAAFI tent for vintage teas and interactive exhibits, including a rangefinder, air raid siren, stirrup pump, ARP rattles and the opportunity to try ‘plane spotting.

The most ambitious project was to create a life-size replica of a 3.7” HAA Gun, with a barrel + shell loading mechanism totalling 21 feet from end to end.  This presented a number of logistical challenges (not least to the printer, for whom it was the biggest enlargement from a domestic photograph he had ever produced!), but it illustrated the immense size of the guns and brought the gun pit to life (although I don’t think the group will be producing 3 more – one for each pit!)

Thank you to everyone who helped make it such a great day, not least the approximate 200 visitors.

We hope to be able to hold similar events in the future – perhaps annually, but we are a very small group.  If you are interested in being involved in any way, please contact us or follow the Friends on Facebook at www.facebook.com/FAABatGRF.